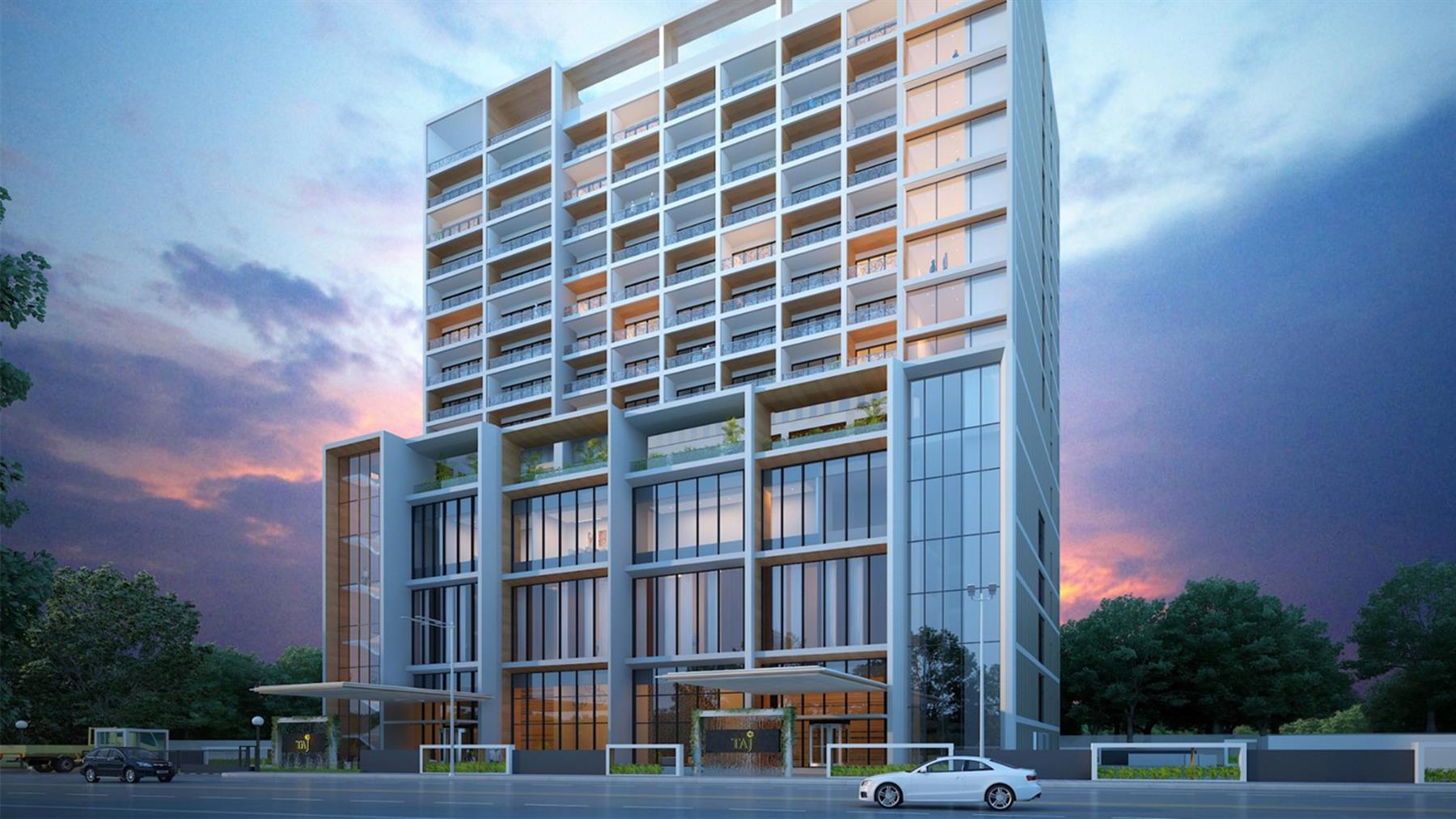 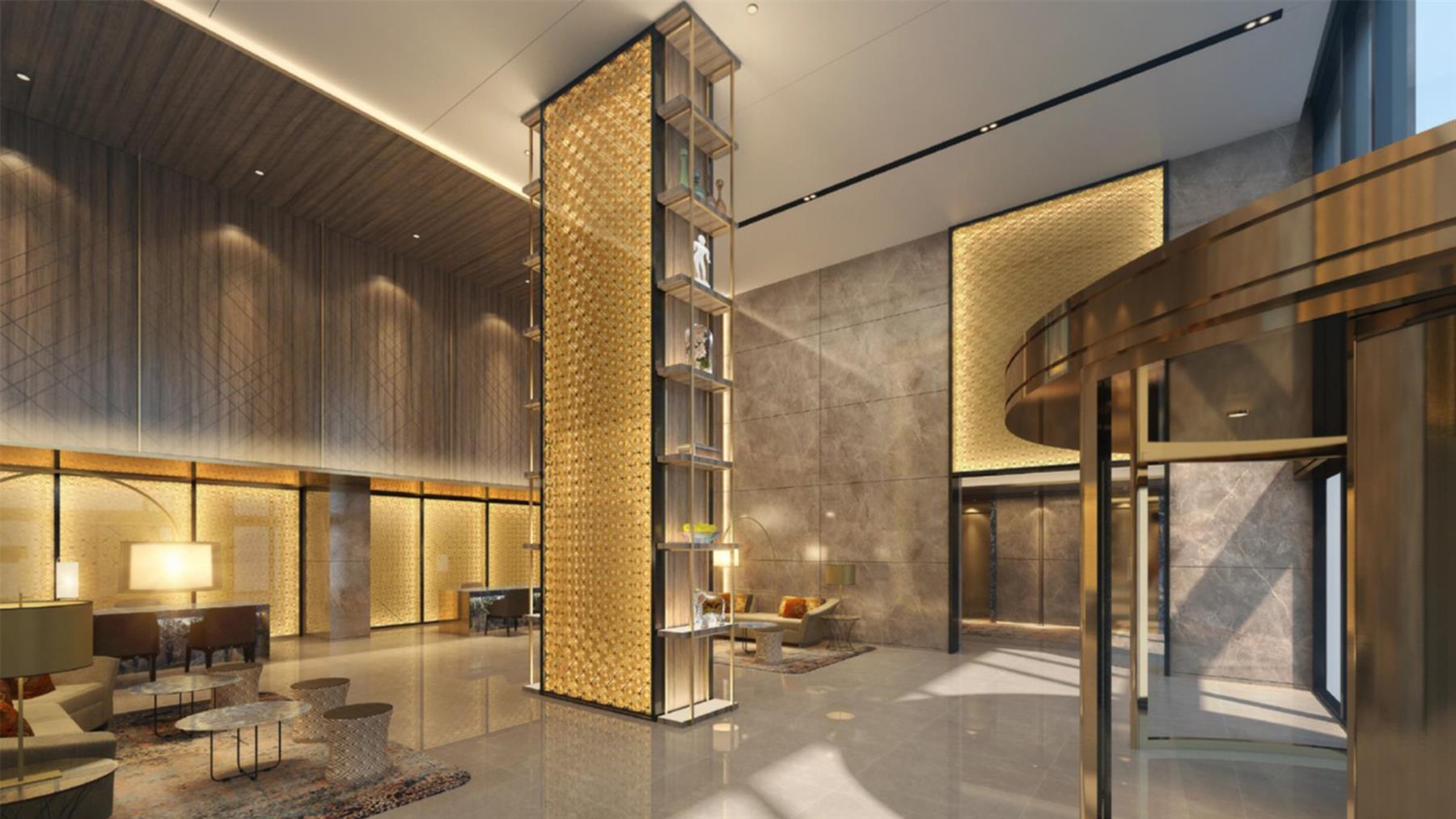 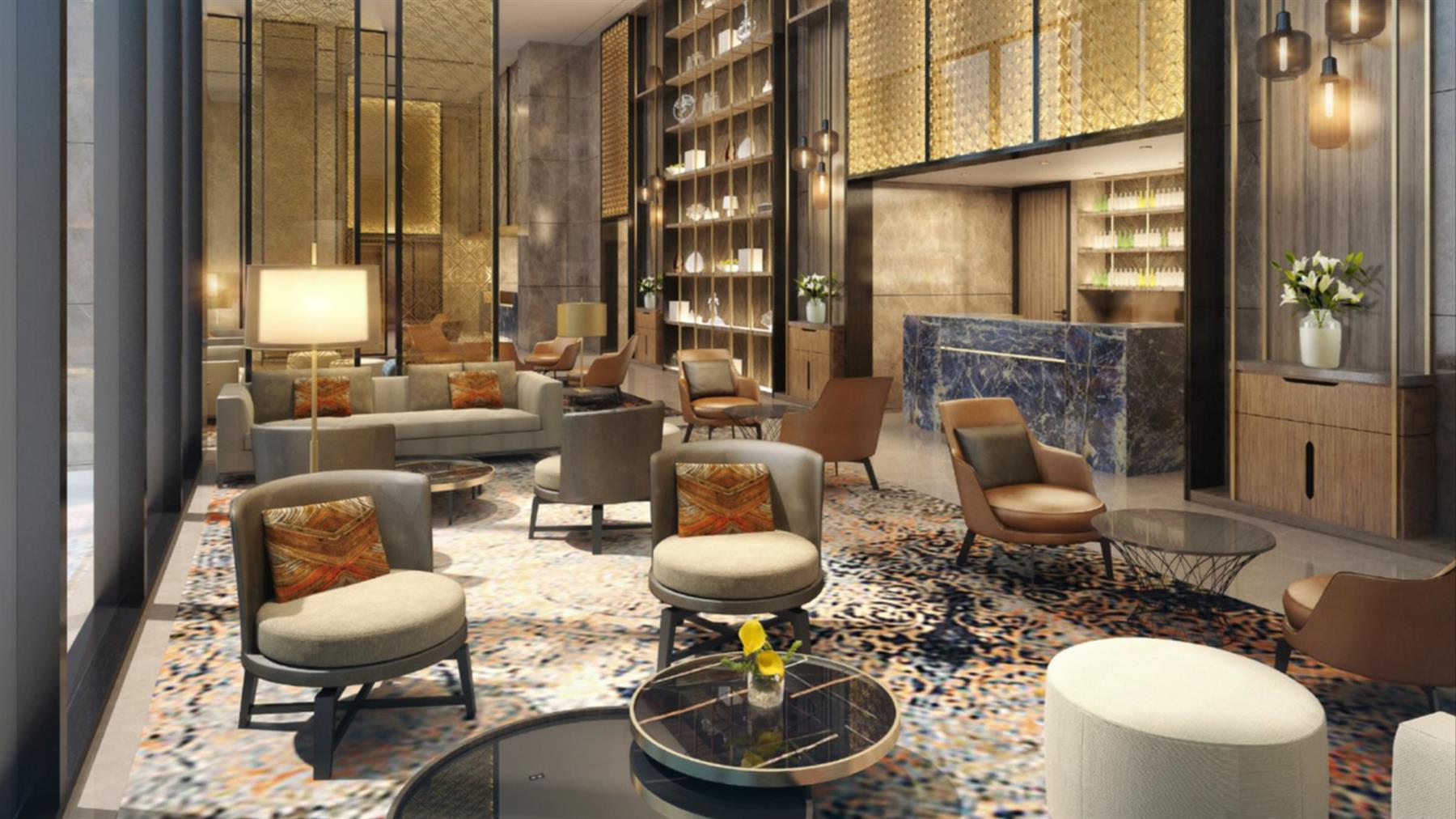 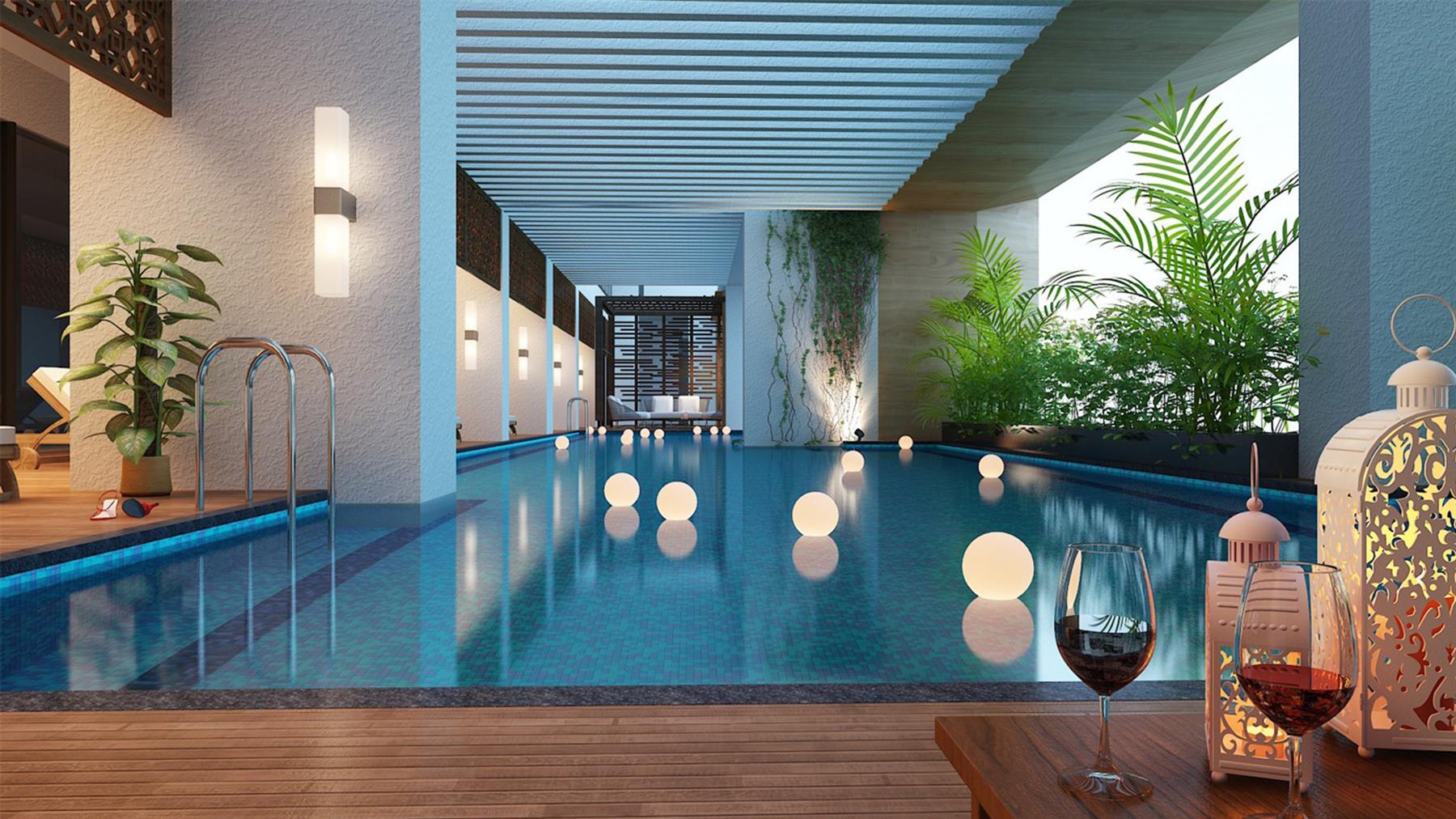 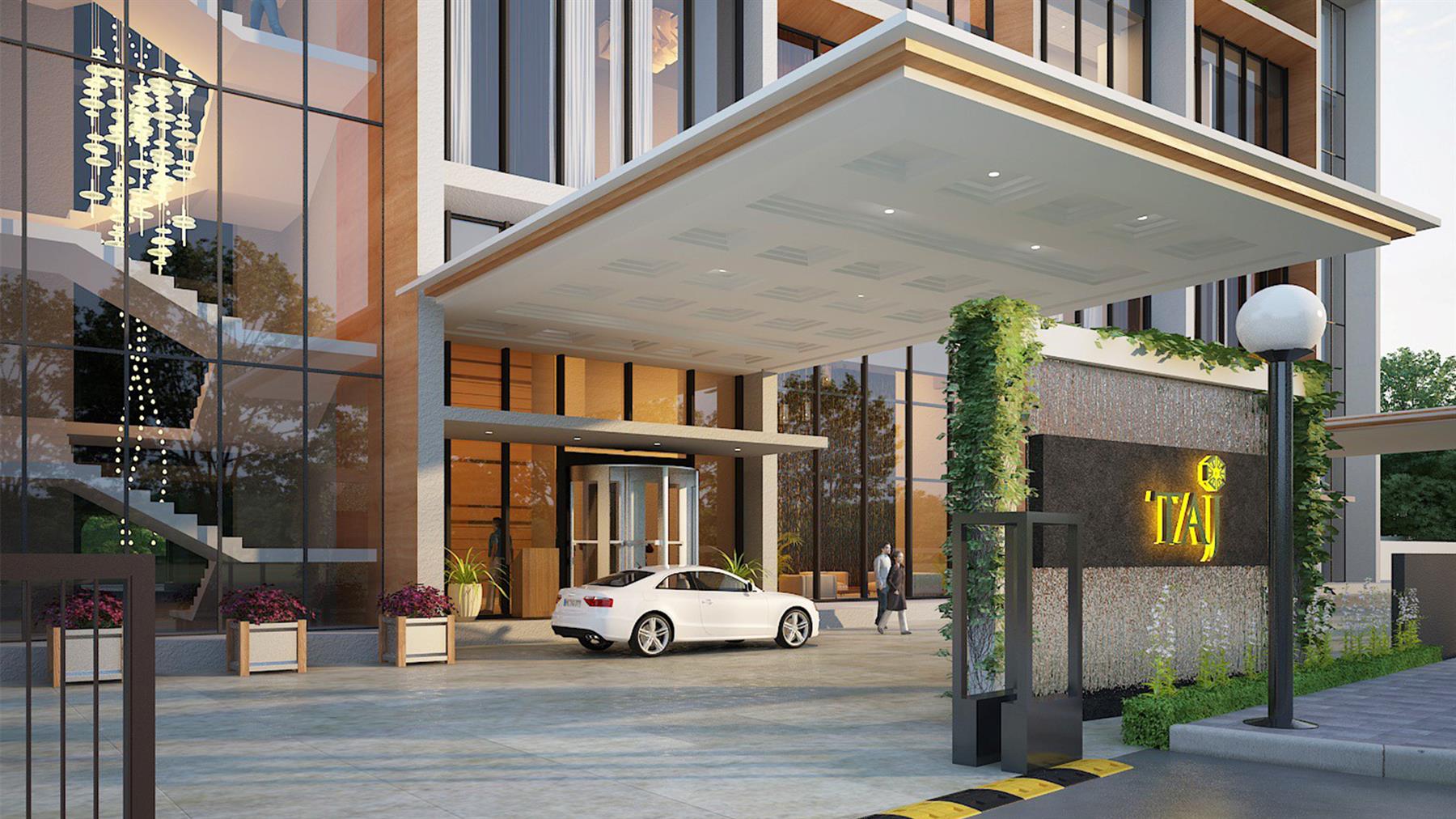 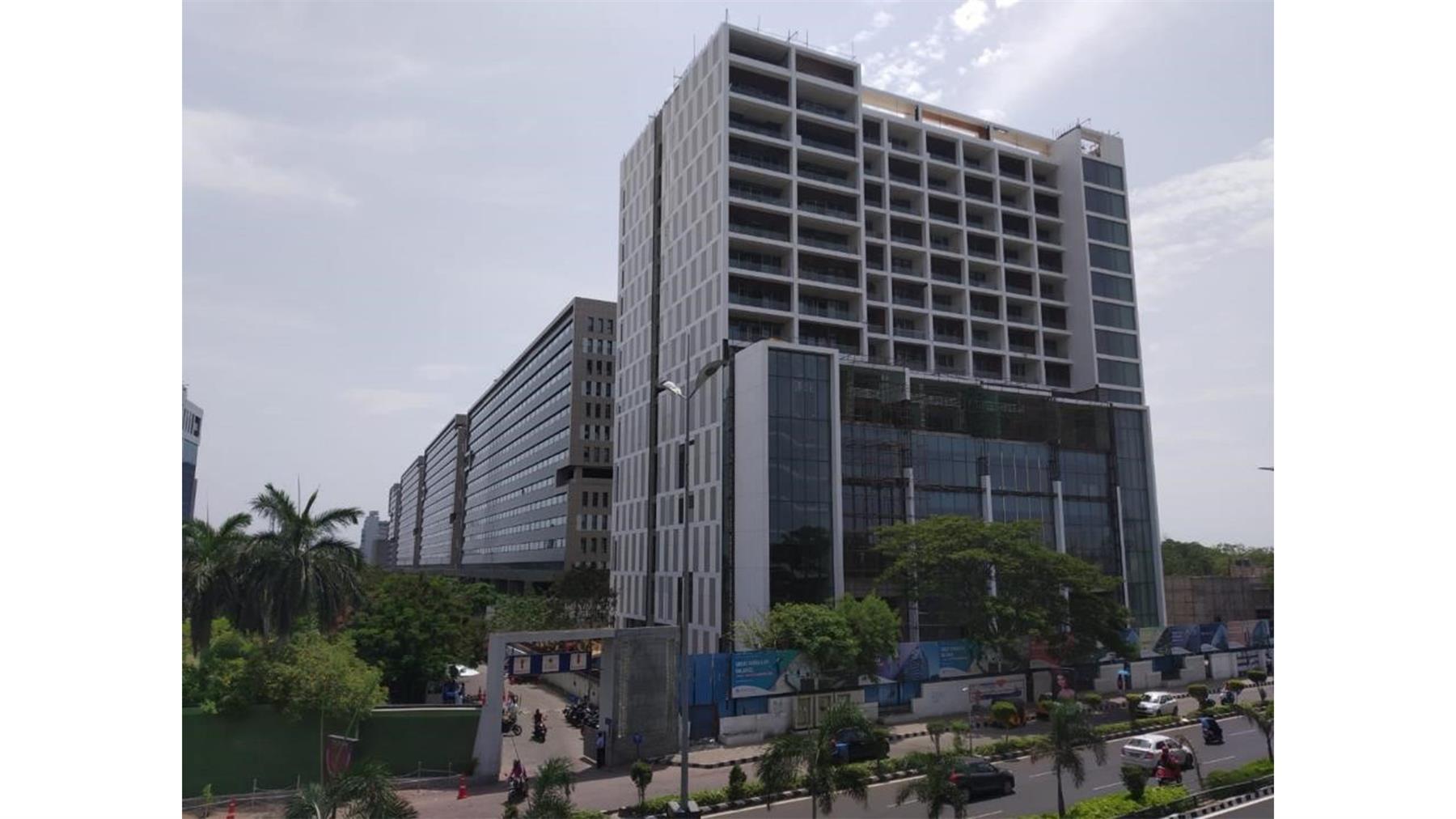 The hotel is contemporarily designed to amplify luxury in its utmost form. Developed for the IHCL group as a Taj Wellington Mews, it is set to house 110 serviced apartments, a large Banquet and the main restaurant placed alongside the health club overlooking the cityscape and gradually the sea.

Various efforts were put in to direct maximum rooms and the public areas thoughtfully towards the East, to render the best views, and simultaneously cut off the harsher sun.

With guest experience being the utmost priority, large masses were scooped out, allowing interior public spaces to speak volumes.

The merger between luxury and minimalism defines its Architectural details, as thin grids mark a prominent facade. Over various laid out options, the facade was designed to blend in with the surrounding built form and the IT complex at the rear end, via incorporating it's strong elevational lines over a clean slate.

With this subtle exterior, the hotel rides on the arrival experience, under the massive hung canopy to leave a mark on the guests.