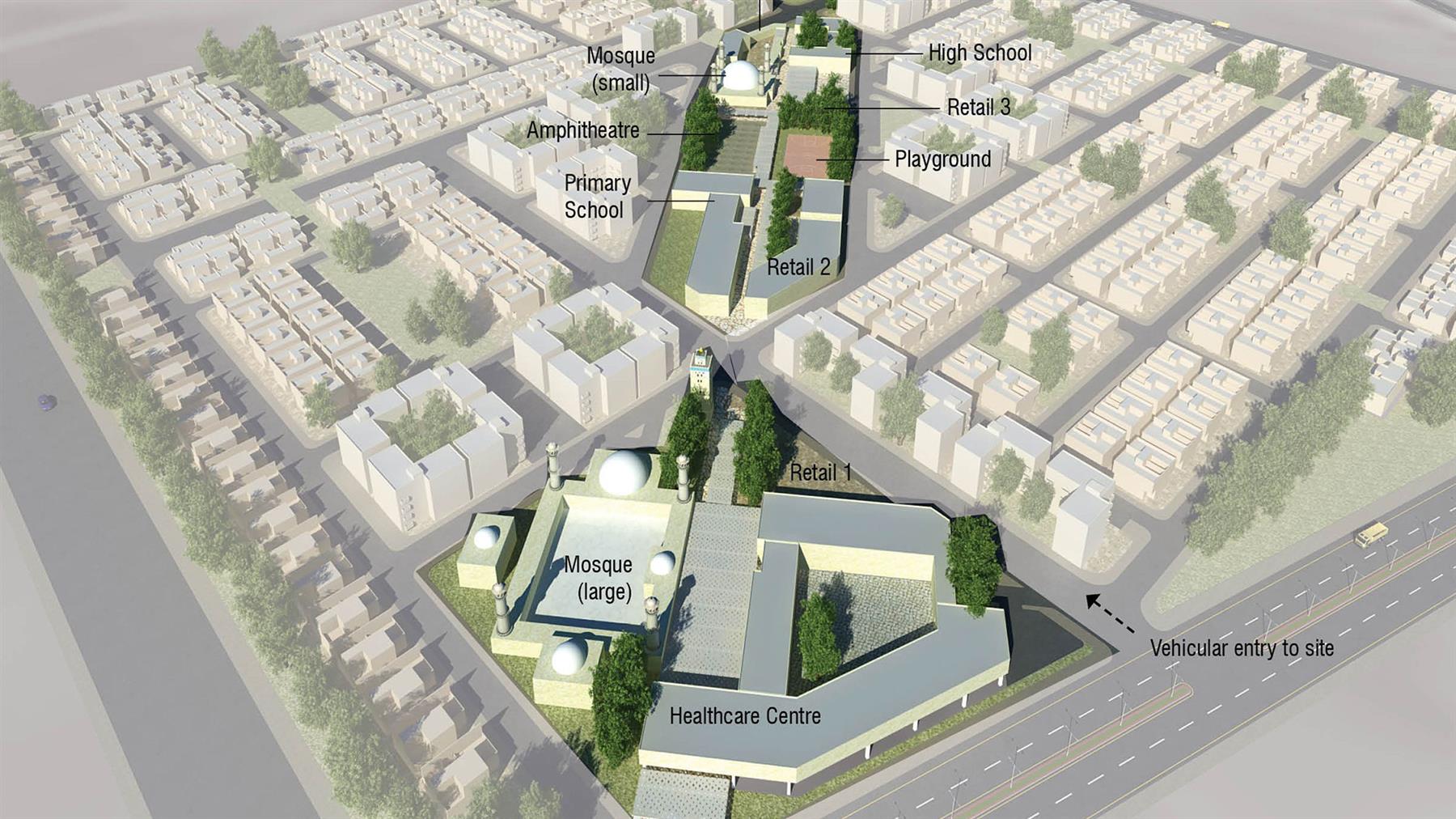 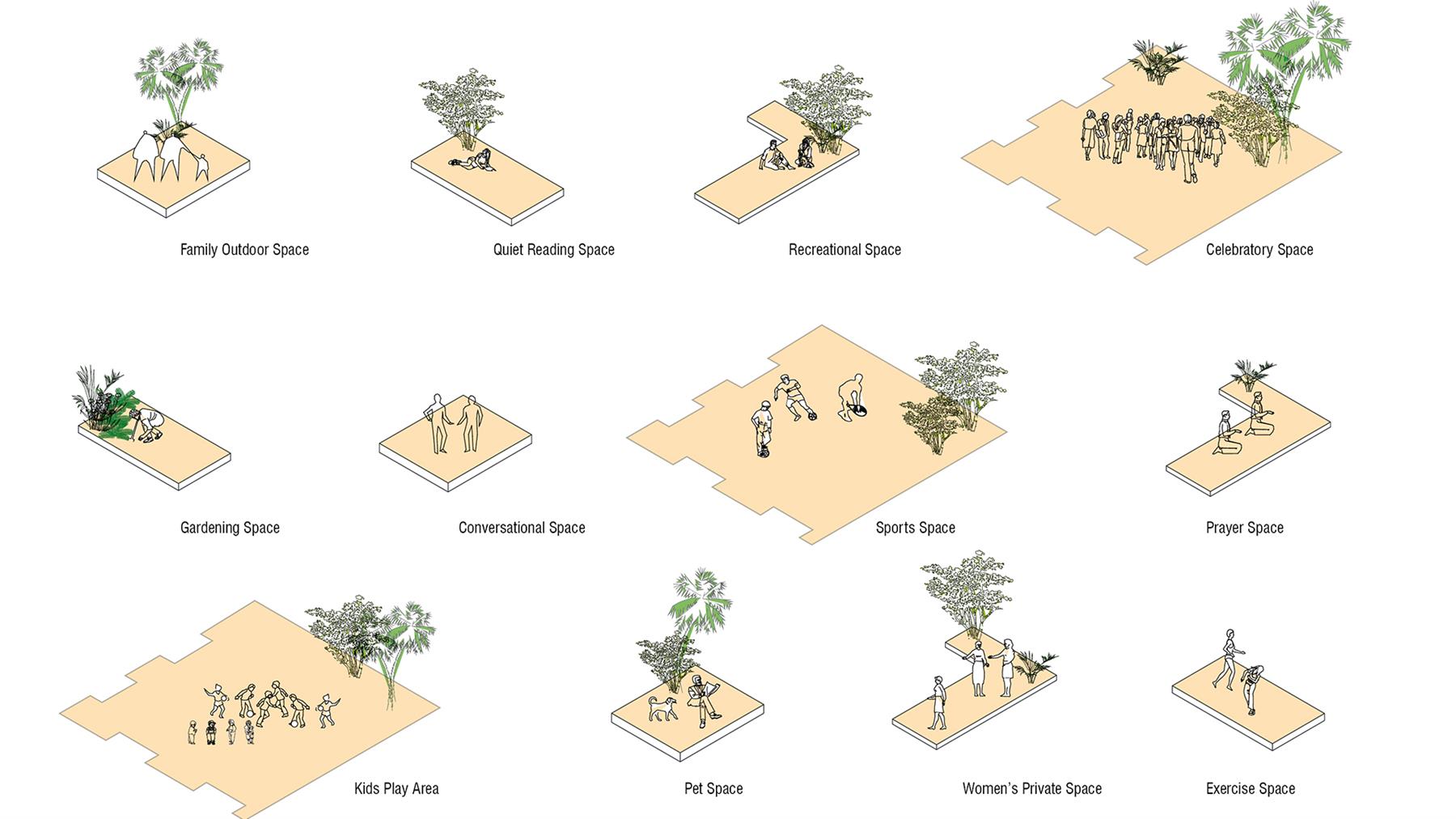 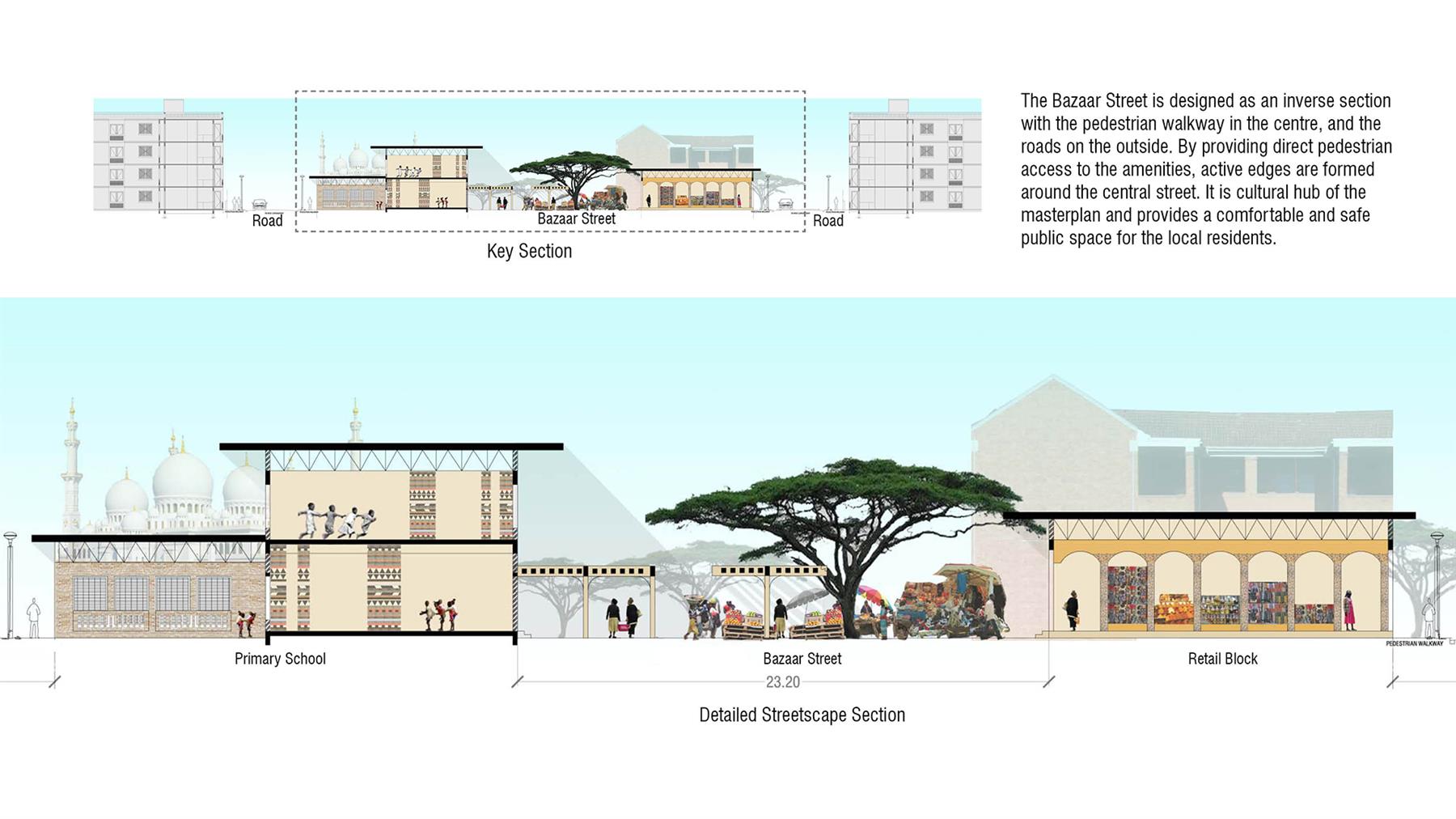 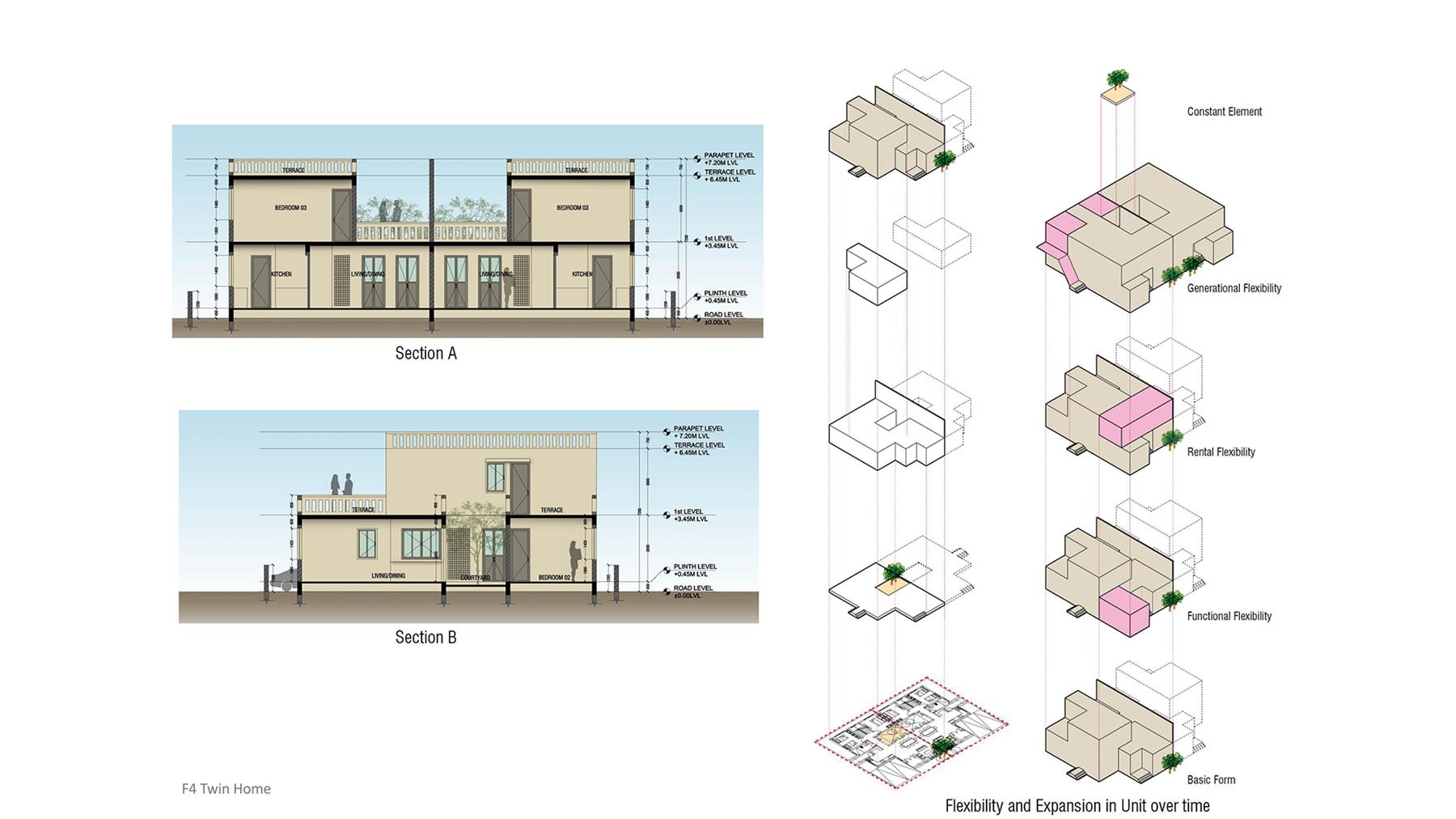 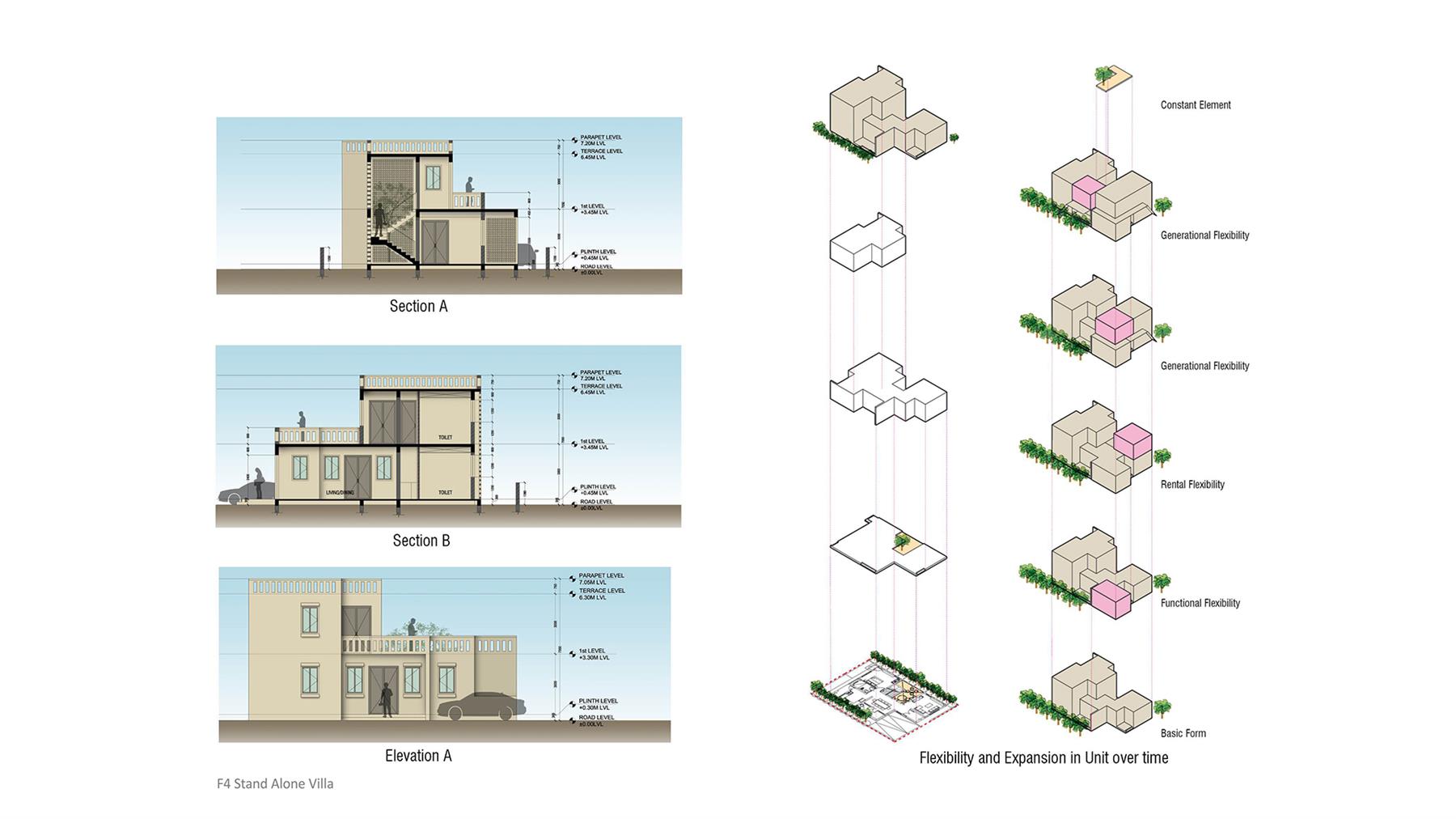 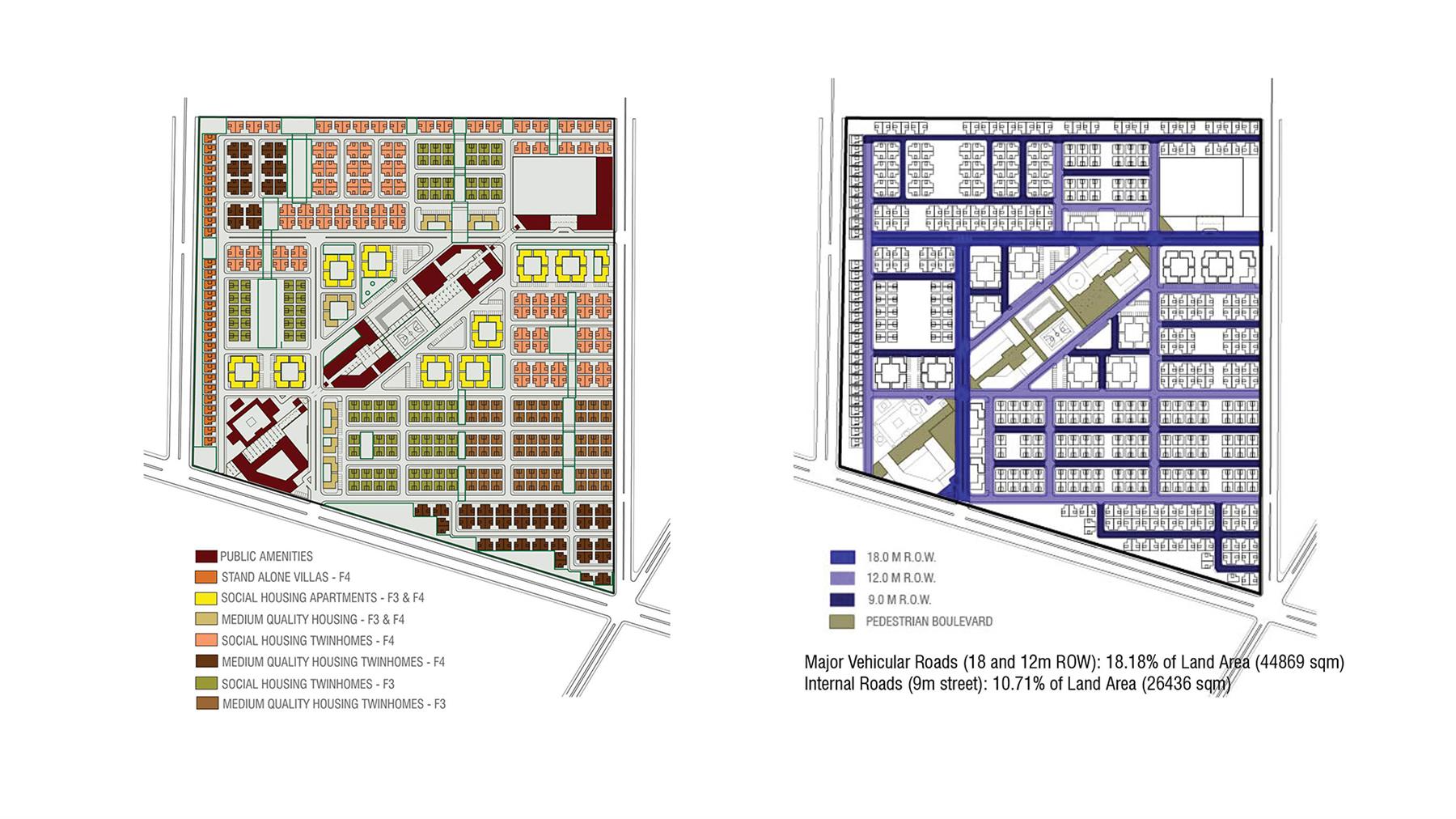 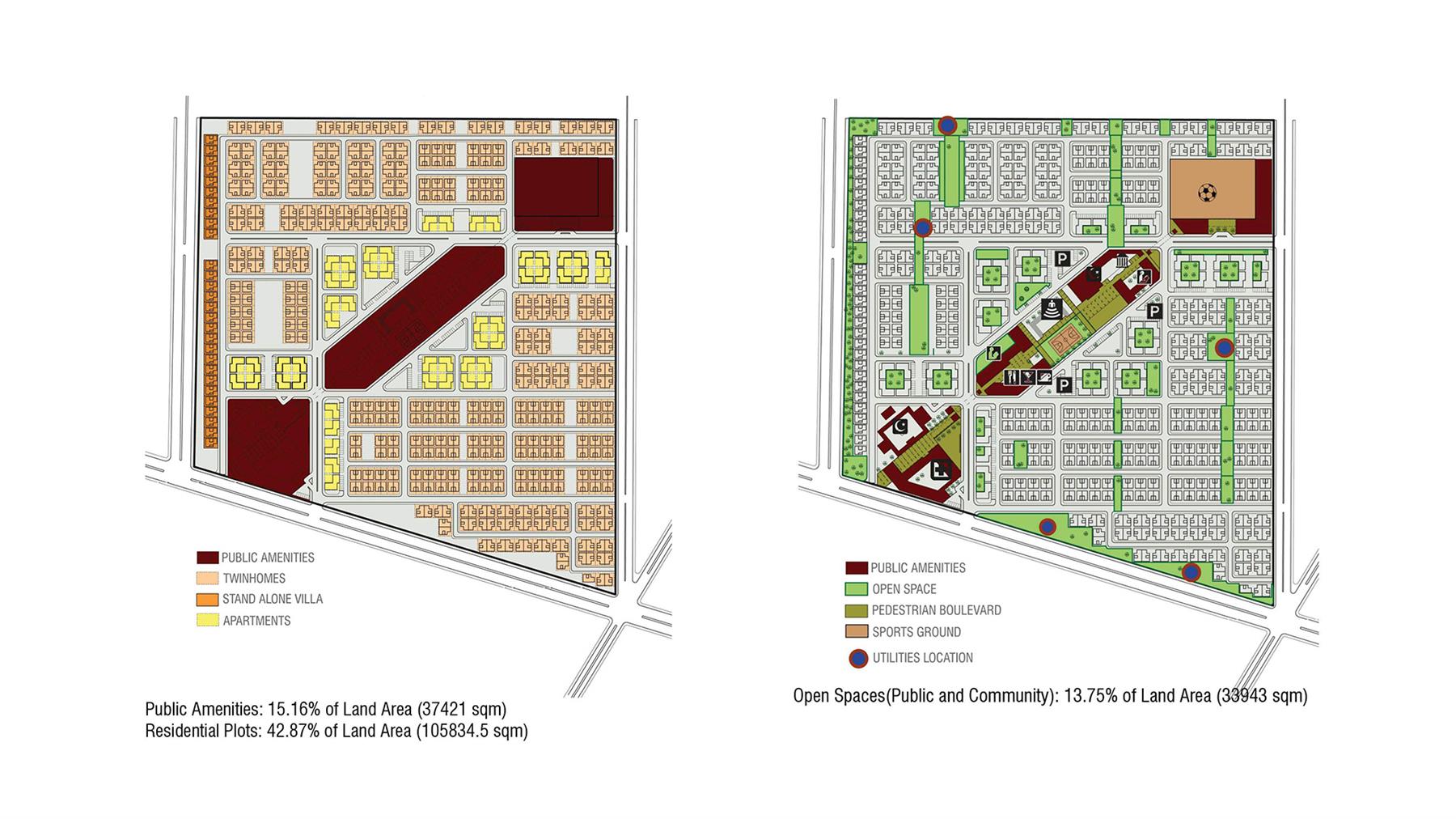 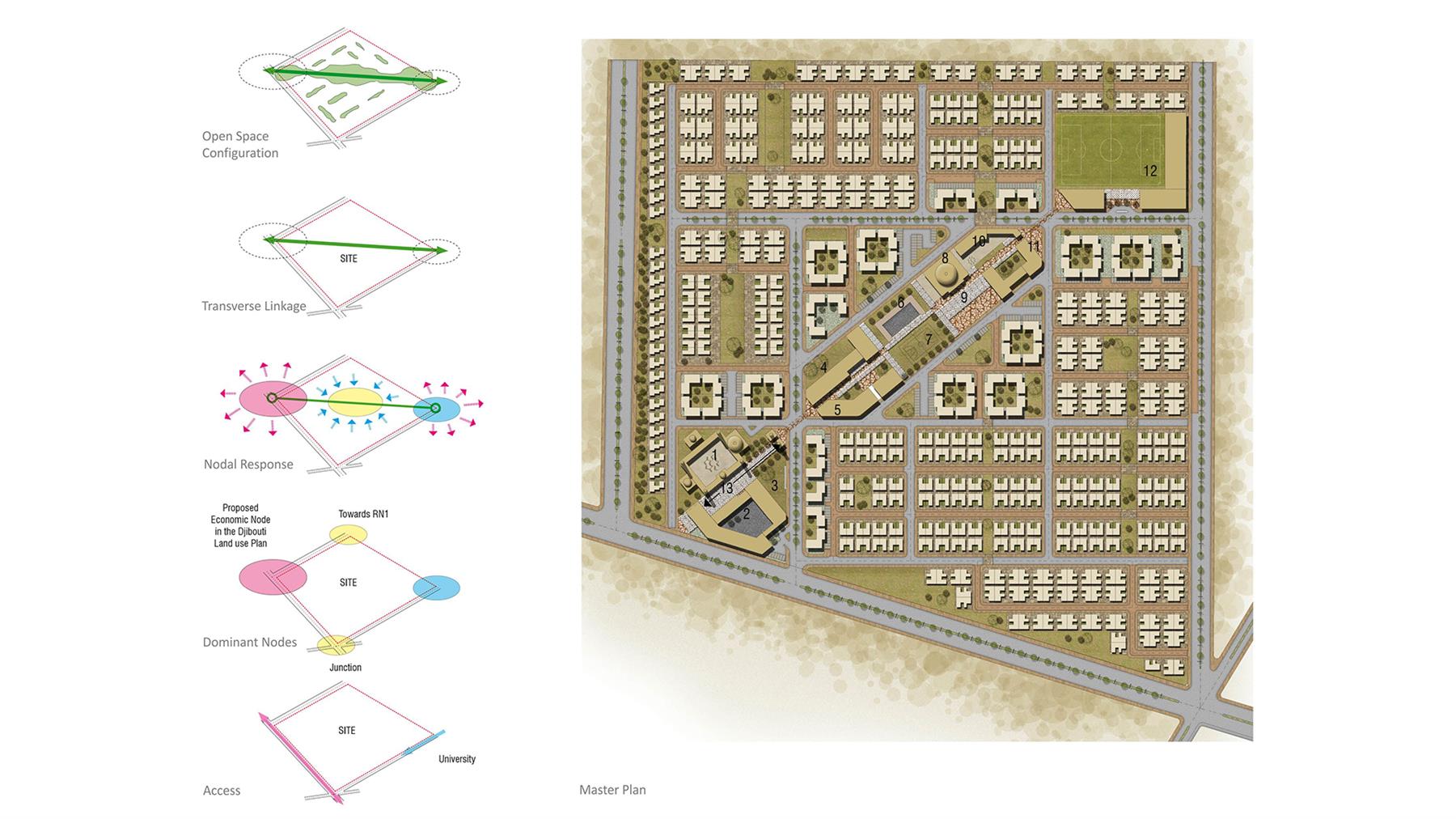 Djibouti, also famously known as the “Horn of Africa”, is a growing nation today. Moving away from its French colonial past, it is time for Djibouti to exploit its role as an important port in the region, and create a legacy of its own.

One of the prime concerns in the country is the shortage of affordable housing. To this end, the Ministry of Habitat aims to construct around 3000 housing units per year to address the housing deficit. The proposed project site of 25 ha will hold 1000 units, with a population of approximately 8000 persons and will be one of the first major projects to be carried out by the Government.   The underlying principles were to control the development and construction costs (an essential component of mass housing), and yet provide the best possible solution at a master plan level, allowing the residents to grow as a community, enabling easy access to basic amenities, and providing space for recreation and leisure activities. Mosques, sports areas, bazaars, school etc were some of the amenities to be provided in this self-contained master plan. Variations on the grid were explored to maximise the land potential and provide amenities at a master plan scale. The grid was then carried forward to the design of the units, with each having a courtyard. The courtyard serves as a multi-functional space socially and culturally, providing privacy for women while sometimes allowing a large gathering during festivals. At the same time, the courtyard helps climatically. The idea of an “inverse street” evolved during the design process, with vehicles at the periphery and pedestrian movement at the centre of the development, expressed by the diagonal axis cutting through the site. Within a largely undeveloped urban area, the design intent was to define a prototype for the city, addressing the socio-cultural-economic dynamics of the inhabitants of Djibouti, their way of life, and the harsh climate of the region.

This project was carried out in collaboration with Shapoorji Pallonji & Co Ltd.