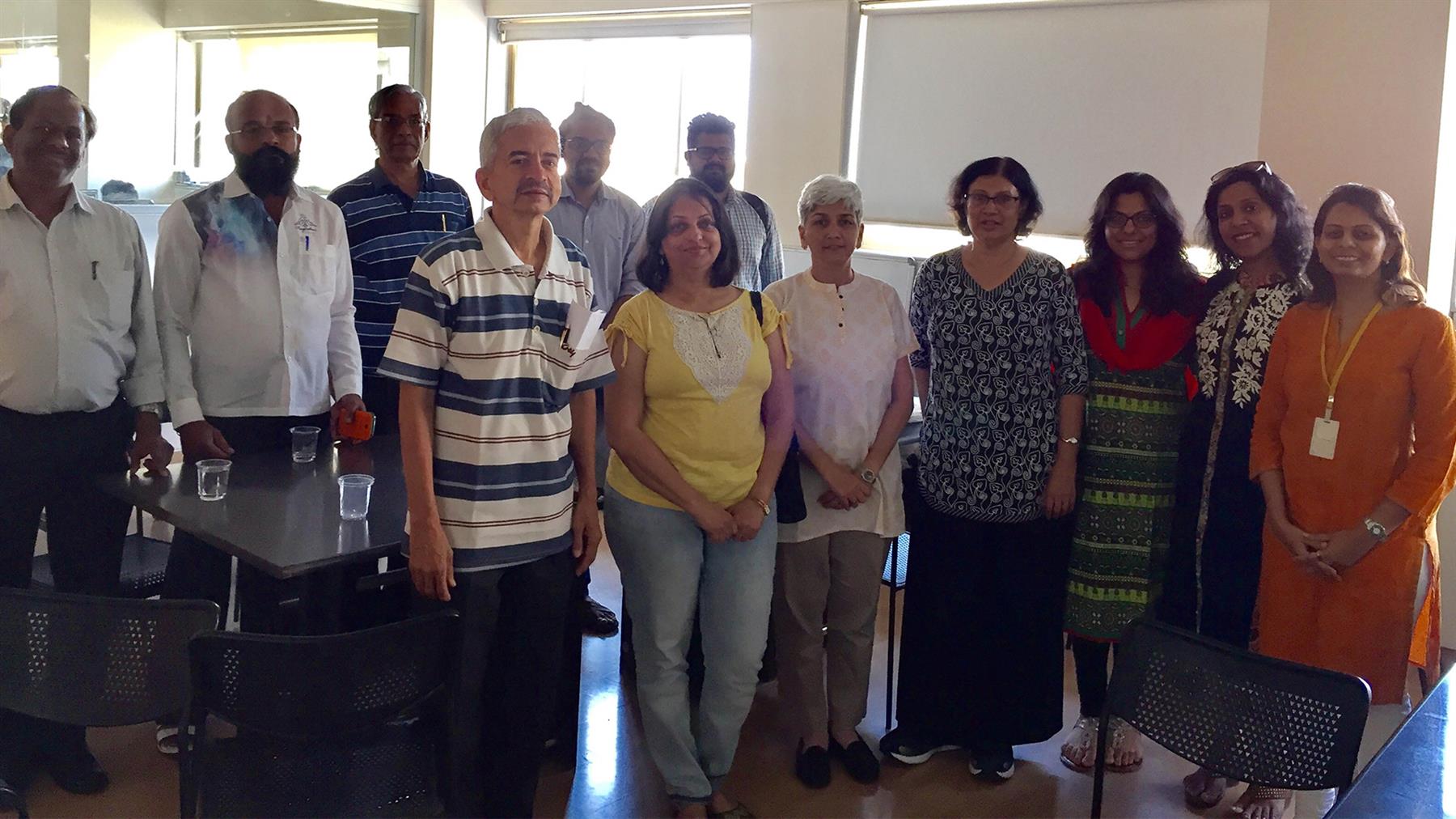 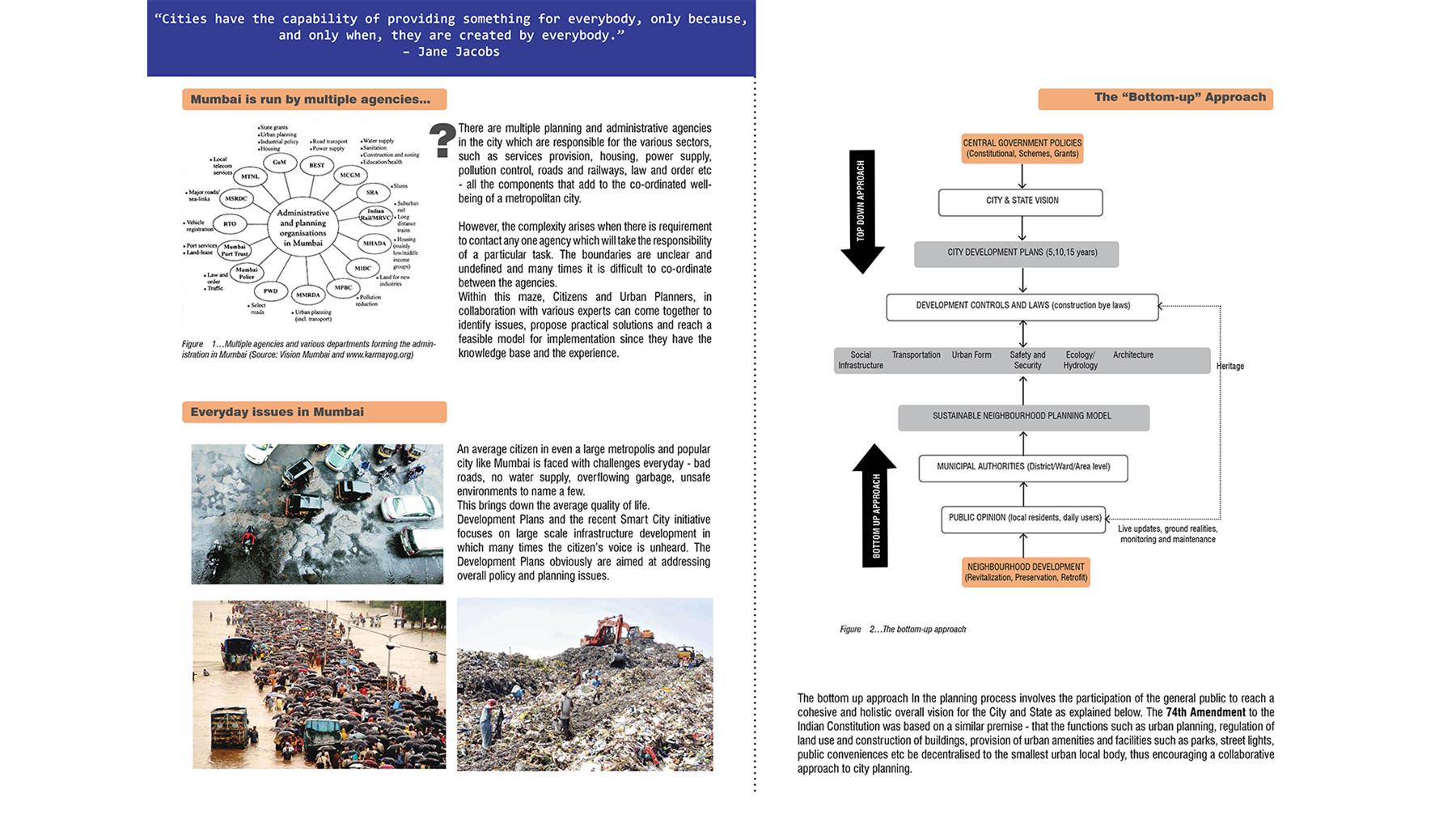 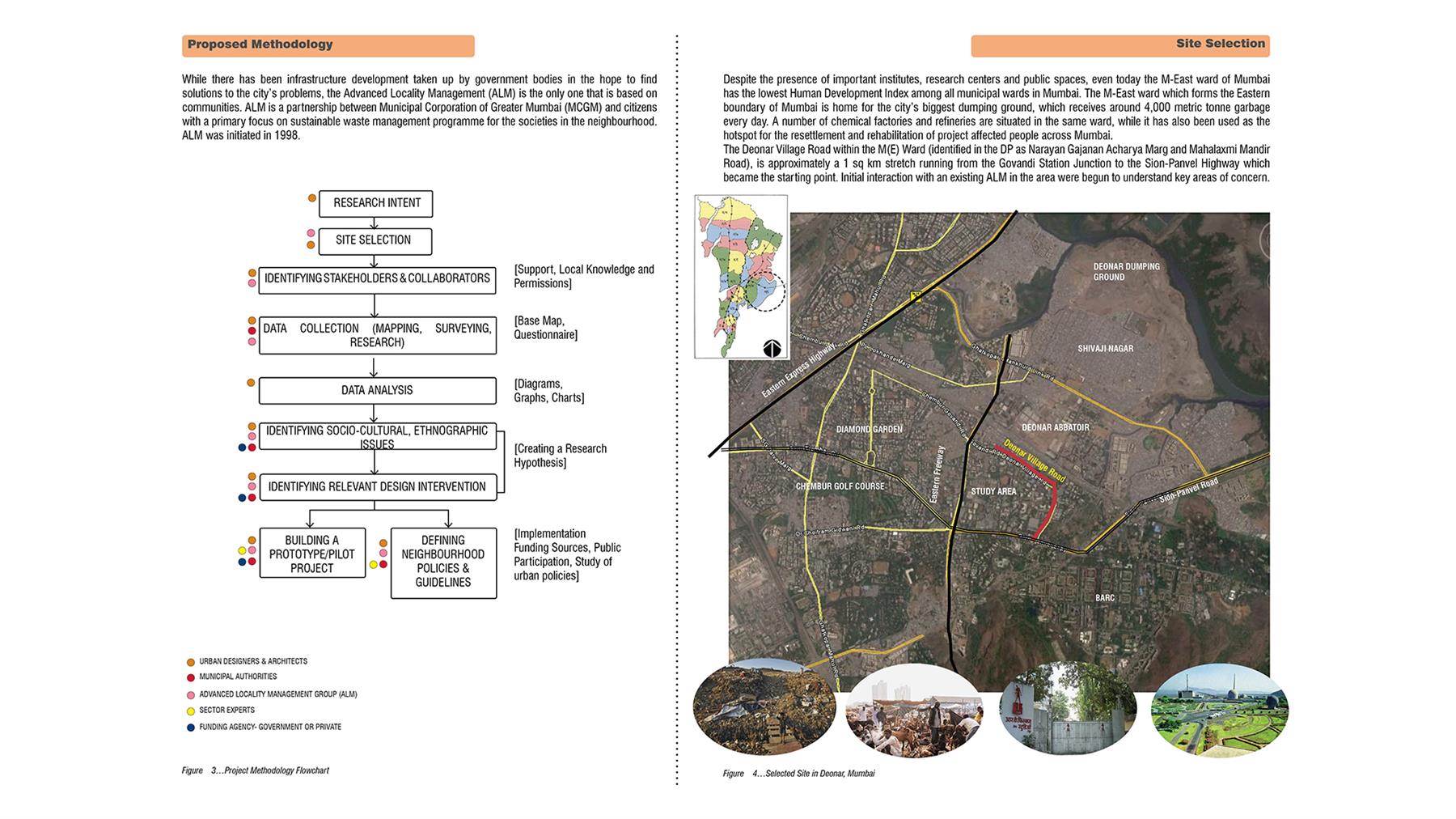 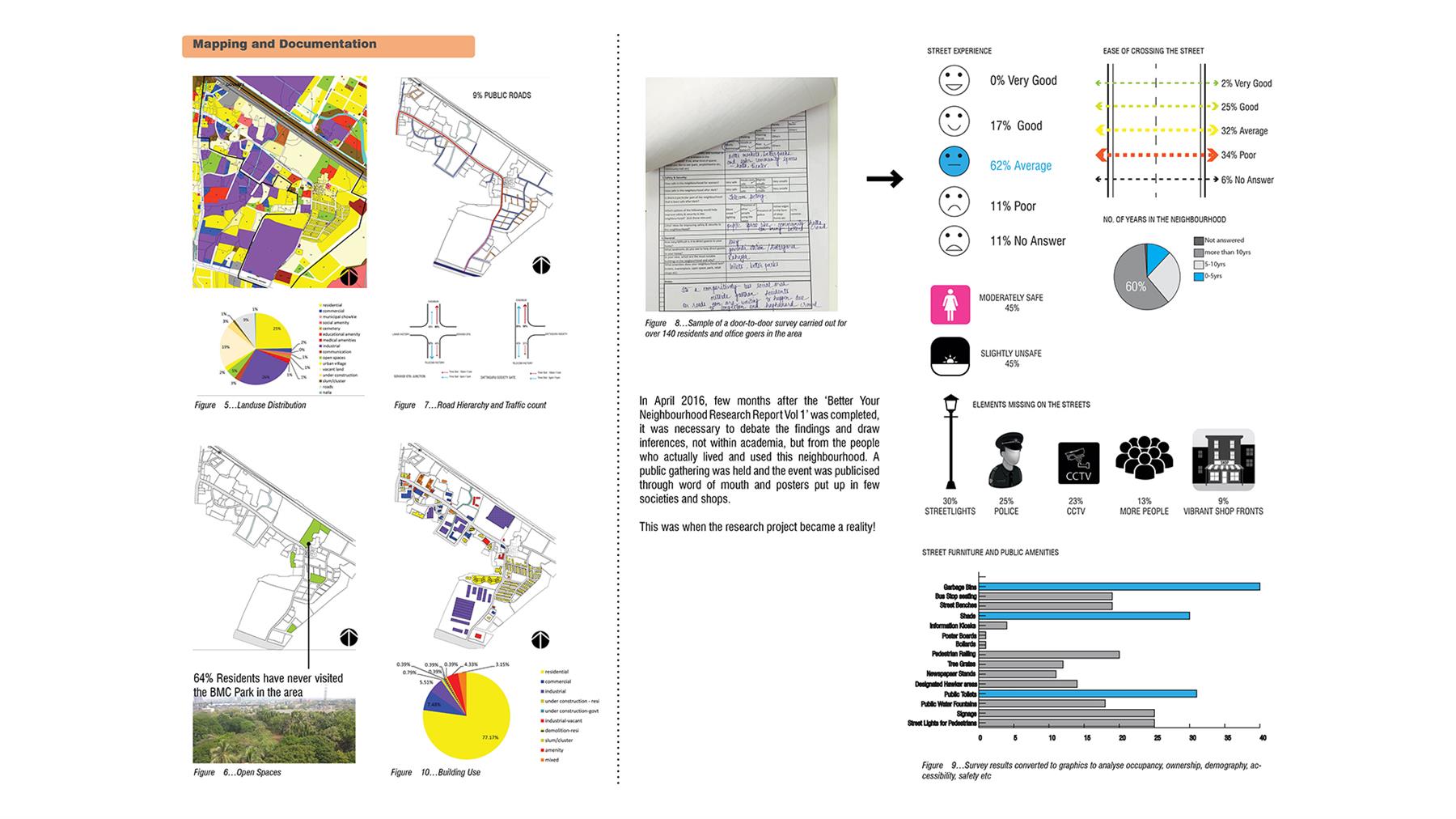 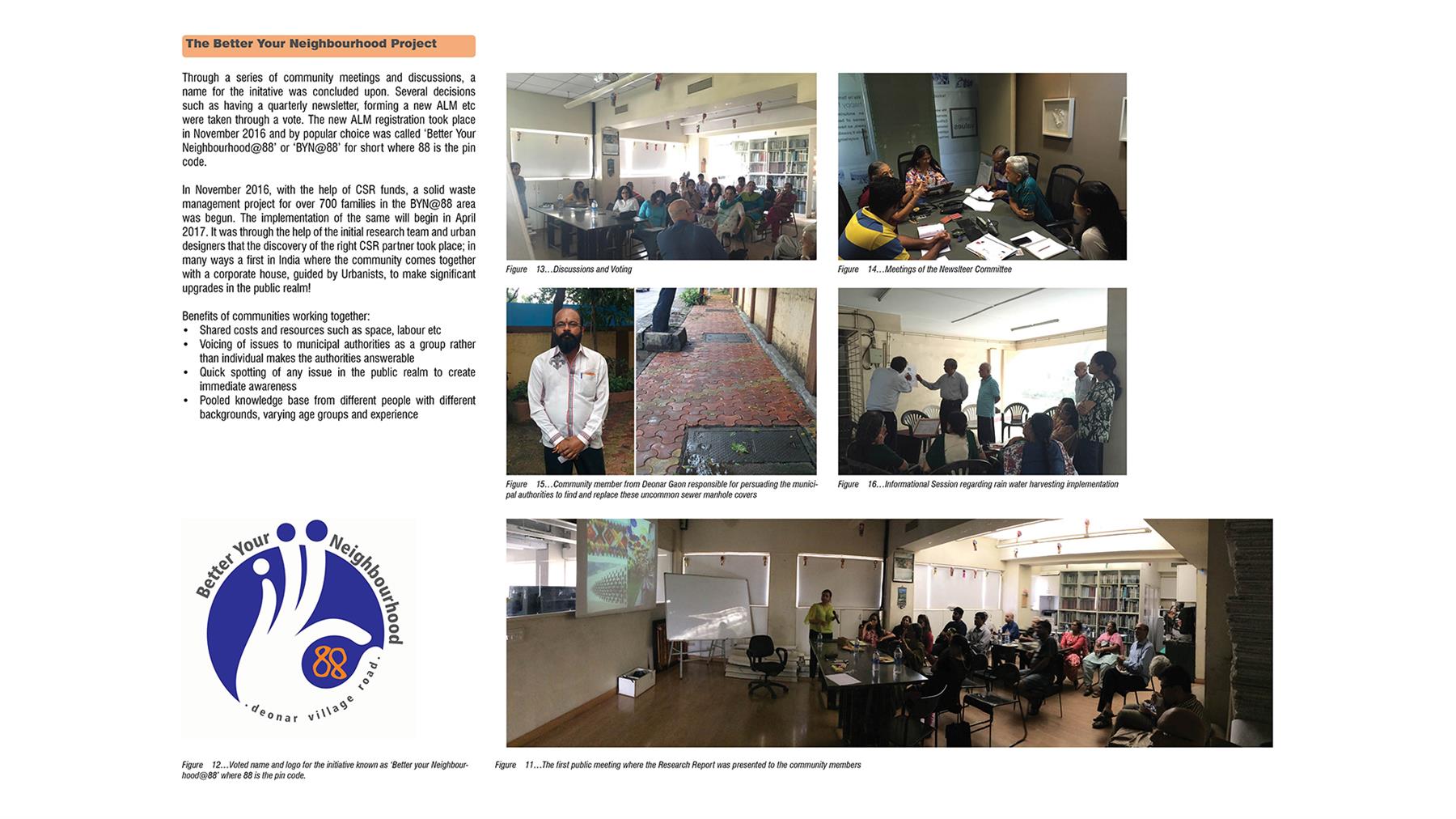 Various Government and semi-government agencies work in Mumbai to meet the demands of this megapolis. However, there is no unified agency where an action plan on Urbanism and urban issues can be discussed, let alone implemented. There are think tanks in the city that reflect the consciousness of the people but many plans fail to get implemented for lack of funding or political will. Between the various agencies and the schools of thought on Urbanism, the citizen is lost. While his demands revolve around everyday essentials like good roads, efficient public transport, access to open spaces, pollution free environment etc, larger visions are left to the territory of policy makers, planners and thinkers.

Though the 74th Amendment to the Constitution of India states that the functions such as urban planning, regulation of land use and construction of buildings, provision of urban amenities and facilities such as parks, street lights, public conveniences etc should be de-centralized to the smallest urban local body, validating the creation of more community units across the country, this process has not really taken off yet in the country. An everyday issue can become a burden. The objectives of the ‘Better Your Neighbourhood (BYN)’ project are multilateral. To create an interface between citizens and the government through a bottom-up approach of city planning, towards clean, liveable cities and vibrant urban spaces. BYN is specific to Indian cities based on urban design specialised areas such as community participation in design, place making, urban branding, infill development, restoration etc. The first prototype was launched in Deonar, Mumbai in 2016 under BYN@88 and has seen great success with the implementation of ‘neighbourhood waste management’ under CSR funding as one of its key projects.